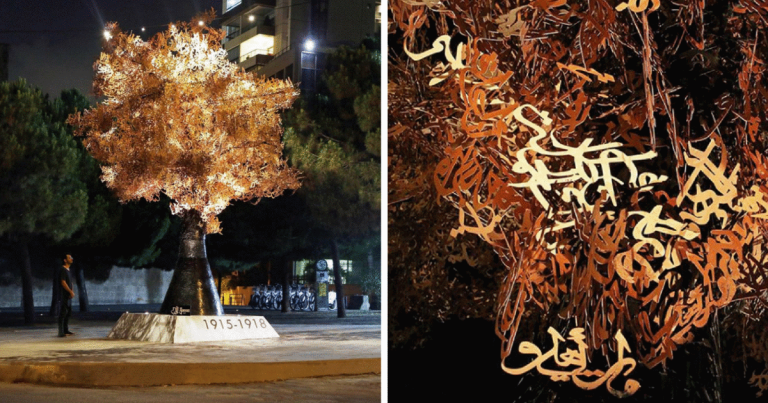 By Grace H. at the the961.com – Yazan Halwani is a famous Lebanese street artist created his first monumental sculpture. Located in Beirut, The Memory Tree is the national monument for the Great Famine of Mount Lebanon that happened between 1915 and 1918. It resulted in the migration and death of more than half of the Lebanese population.

Source: Victims of the Great Famine of Mount Lebanon finally have a memorial monument in Beirut!