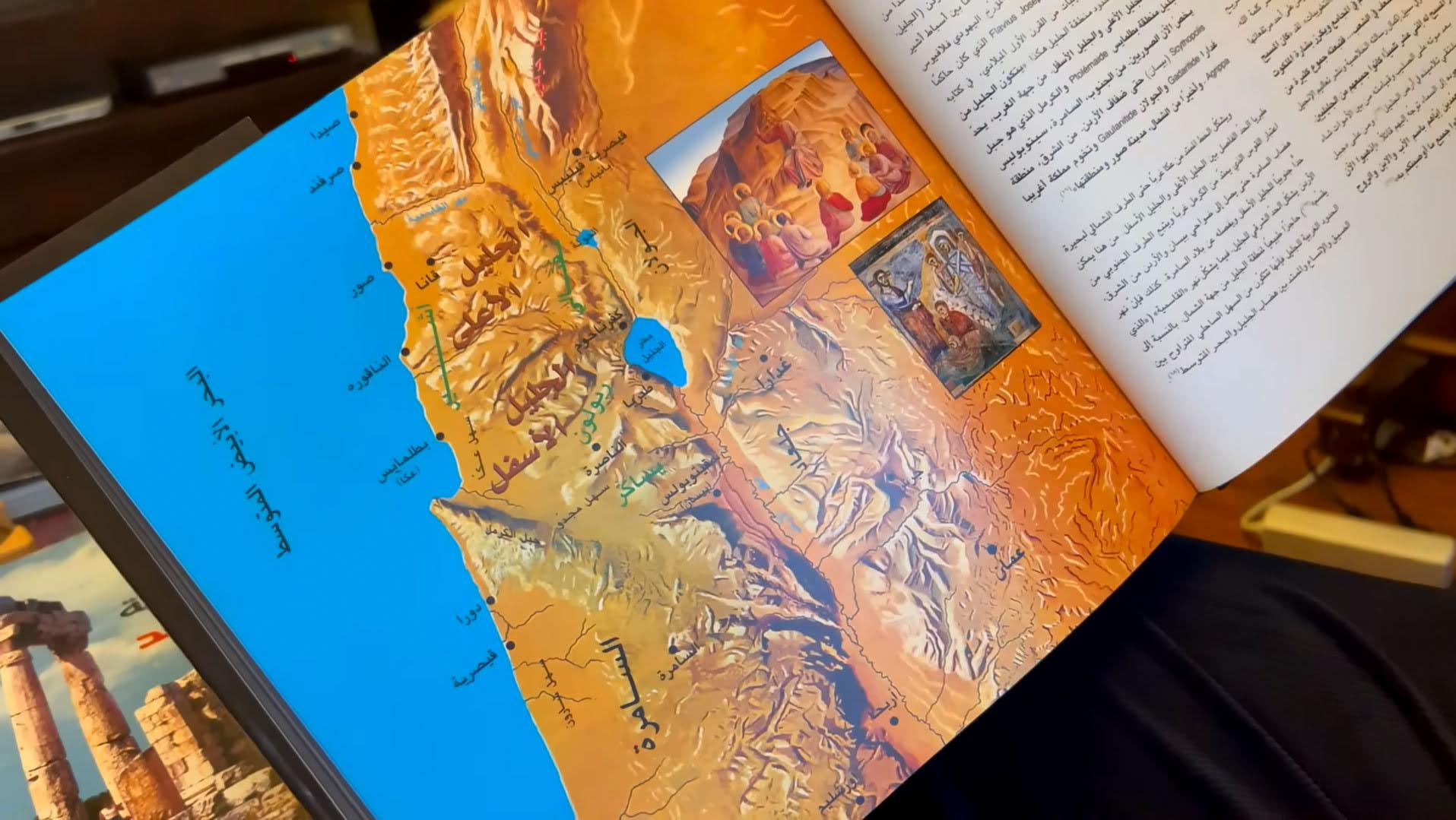 Anthony Rahayel interviewed Dr. Antoine Khoury Harb, PH.D in history and archaeology and secretary general of the “Fondation du Patrimoine Libanais”, an authority in the history of the Lebanese people and patrimony, about the origin name of Lebanon.

Whole interview in the bottom of this article.

The Druze did not come from outside Lebanon. There was no Druze people abroad. They are the Lebanese who resided in Wadi al-Taym, who adopted the Druze religious vocation.

The Shiites are Lebanese and did not come from Iran. They followed Imam Ali bin Abi Talib, like the Lebanese living here who followed Saint Maron.

The Sunnis, and they were the nation that ruled the Middle East after the Arab conquest, the Lebanese in Lebanon, including Maronites and Greek Orthodox, that is, Christians. Journalists speak heresy about the Lebanese people.

I am from a Harb family, and the family in Lebanon is the nucleus of society, but is there not a Harb family in all Lebanese sects? And in all areas? This applies to most Lebanese families. How do you talk about the peoples, O journalist?

Our ancestors roamed the seas. Did they not know where to sail? There was science behind this spread. Shipbuilding was the greatest industry in the ancient world, and this was due to sciences in industry, physics, astronomy, geography, wind direction and others.

Let’s stop at the use of the word ‘spread انتشار’. We say spread انتشار because they spread all over the world. They translated it into English and French, using the word “diaspora”. But the translation of “Diaspora” into Arabic is “scattering شتات”, meaning scattering all over the earth.

There is a difference between “spread انتشار” and “scattered شتات”. And when they asked me about the appropriate word, I told them to use the word “the Lebanese presence” in the world, an active presence that has its institutions.

And they wanted to make a symbol of the Lebanese Presence of 200 years ago, so they found Tanios al-Bashaalani and made a statue for him on the port of Beirut. Where is the statue of Cadmus. All the countries of the Lebanese presence put up a statue symbolizing Cadmus to indicate the Lebanese expansion. (Personal note: A friend also suggests the word “Expansion”).